IS YOUR SPIRITUAL PRACTICE NOT BEING TAKEN SERIOUSLY AT HOME? 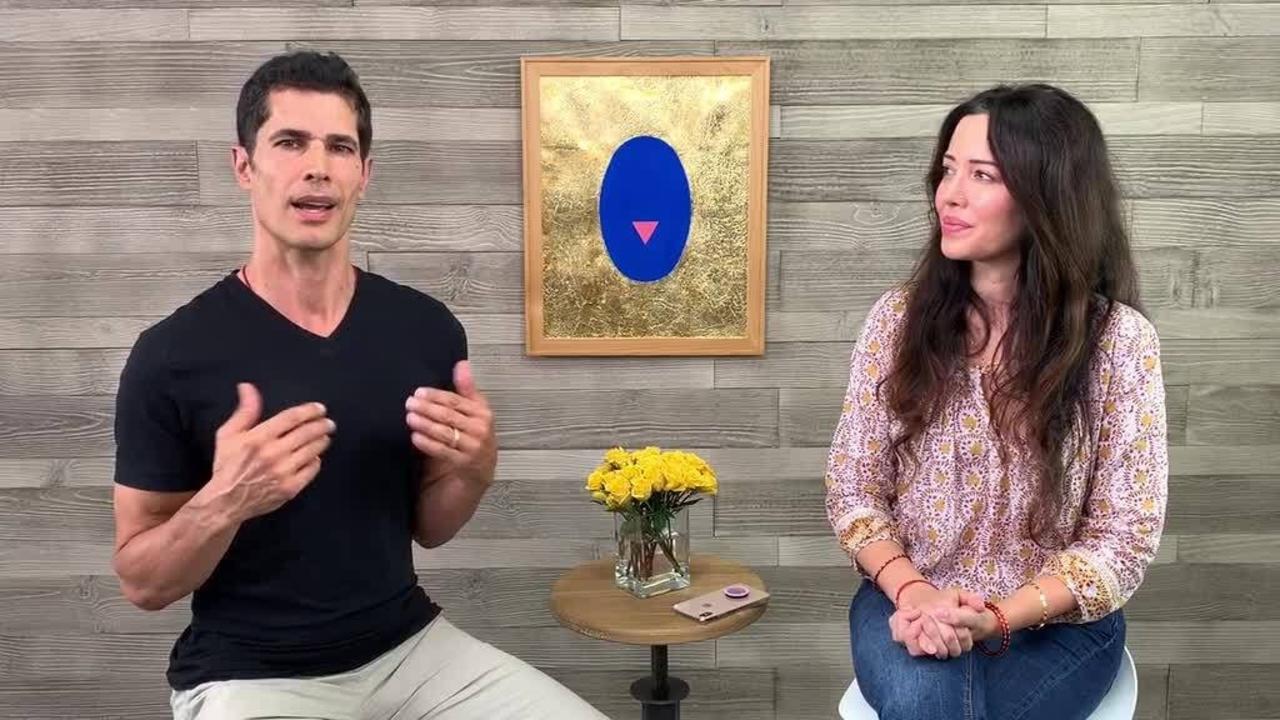 Yogi Cameron: This is Inspire Living where we answer your most pressing questions.

Yogini Jaima: The question we have is, how do you do practice in an environment at home where your spiritual practice is not taken seriously?

Yogi Cameron: Now, there's a root cause of this, its happened to me when I wasn't really grounded in my own practice and my own convictions and my own beliefs, then I was looking and open to what everybody else was saying. It was when I started becoming a vegetarian at the beginning. People would say, "Eat a little meat," and I was wondering, "Why do they keep asking me that when they know I'm a vegetarian?"

Yogi Cameron: And I looked back and I said, "That's because I wasn't and I didn't have that real solid conviction just yet. Maybe I was on the tip of it, maybe I was five yards away from it. It's the same thing with our spiritual practice. There's something that we give off that says, "I don't quite believe this," or, "I'm not quite grounded in this," or, "I'm not quite committed to this." Something happens and energetically, you open the door for somebody to say something to you.

Yogini Jaima: Absolutely. It's like any activity, when you start a new activity or a new hobby, you usually don't do it at home. If you want to take on tennis, you step on to a tennis court with tennis players and a tennis coach, and you're suddenly supported by other people that have the same interest of you.

Yogini Jaima: But the spiritual path in meditation, and yoga, and breathing, you're often doing it home or you will go and take a yoga class, but then you're back home doing the rest of your practice. So, suddenly, you look for that support system at home, and it's not there.

Yogini Jaima: So what you want to do, in Buddhism they call it Asanga and in the yogic sciences they call it Satsang. You want to associate with other like-minded people so that you get that support system, and then leave everybody at home out of it because think of all the other activities that you've done in life and have been interested in. You don't expect your mom, your dad, your wife, or girlfriend, or boyfriend to be interested in that same thing. So go and find other like-minded people and you can then connect with them and that can feed void inside of you.

Yogi Cameron: Big tip here is, don't try to get everybody else involved in it.

Yogi Cameron: "Hey, come and practice with me or let me talk to you spiritually about life," because some people are open to it, and some people are not. It turns some people completely off because they haven't taken that step yet or they may never take that step.

Yogi Cameron: One of the other complaints is people say how much you change when you do that, when you've become spiritual and all your language has changed. Be a little bit more aware of how you speak, around who you speak, and don't speak too much about it because you will exhaust yourself, and then that will attract more and more people coming to you and maybe judging you and saying thing because when people are in your vicinity, they will say stuff, and part of your spiritual practice is to not block it out but to be compassionate with it.

Yogini Jaima: It's really making it something sacred. When you're doing personal things or when you're making love to your partner or doing something intimate, it's not something you often share with everyone else and that's really what this inward journey is. It's an intimate personal journey. So keep it sacred and let it grow within you, this relationship and this connection that you will start to develop to yourself and then your higher self and the cosmic self.

Yogi Cameron: So you got a lot to go there. Listen to it again because we really guided you through the whole steps, and if you really do it, you will see a big change because it's up to you to do the change, not other people to change.

Yogi Cameron: So, here we're taking spiritual control of ourself and not saying, "Hey, the world has to change." No, we have to change. We have to be the one who does these things, especially with spiritual practice. And then leave everybody else to it and we don't force it upon them either, and when they're ready, the energy will bring them.

Yogi Cameron: Come and visit us more on inspireliving.com, ask more question, and we'll be happy to answer them. Namaste.