WHY DO YOU FEEL GUILTY A LOT OF THE TIME? 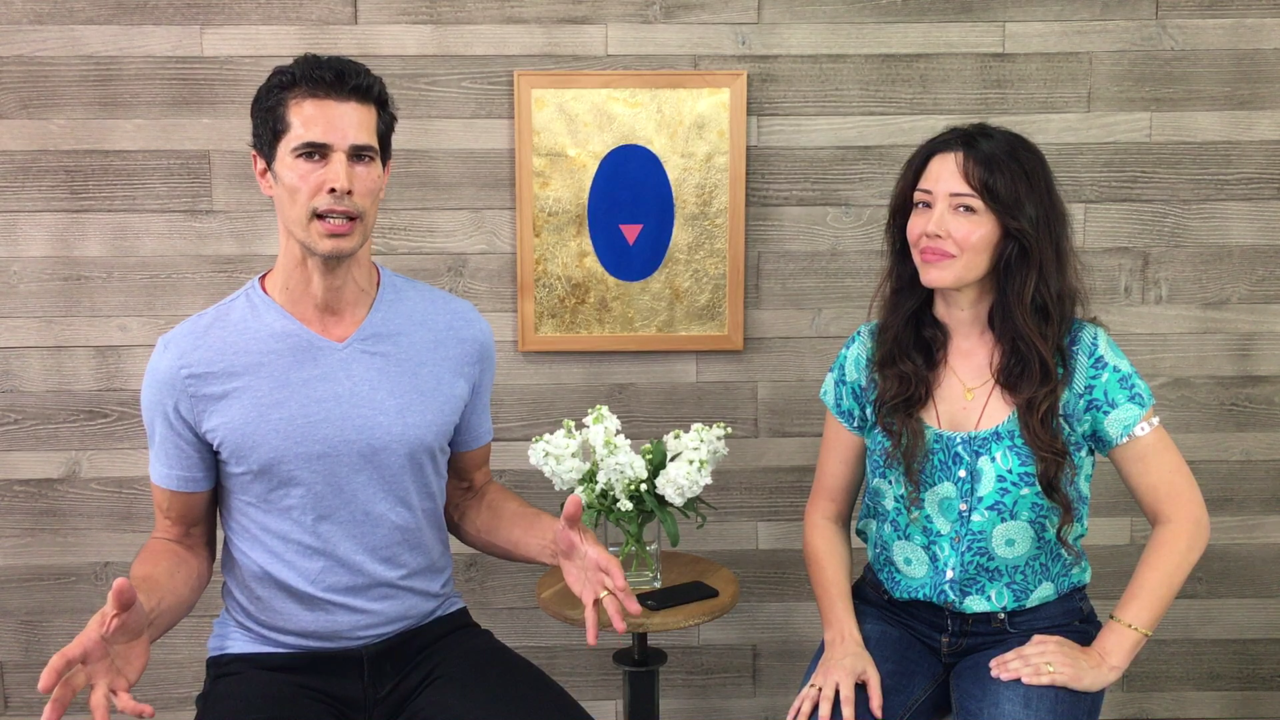 Yogini Jaima: And this his is Inspired Living. The question is, "How do I overcome my guilt?"

Yogi Cameron: Mmm, it's a heavy one for some. My point on view on this is I don't feel guilty about anything, or I feel a little bit guilty maybe. I'll explain before everybody gets crazy on this.

Yogini Jaima: I was about to.

Yogi Cameron: Let me explain. I'm not feeling guilty. The reason is I'm proactive in my guiltiness. Right? Because if I'm doing something, I want to do something about it. Right? I do something, and then I don't do it well, and I feel guilty. How does that serve anybody? It doesn't serve anybody. Even if it's the worst thing in the world. Yes, I should feel some remorse. I should feel something else. Some empathy, some something, but feeling guilty is not of any use to anybody. Soon as I feel guilty, it actually gives me the opportunity to check out. Right? It's that kind of dark heaviness, and people maybe don't like something that I did, and I'm reading about it or they say something about it, that actually starts to tell me, maybe I'm right. Maybe I, yeah, it's their problem. It kind of gets me defensive, that guiltiness. So what I do is I step out into the light, and I say, "Yes. Of course. That's my problem. That's my fault," or, "I did that wrong," or, "That shouldn't have been done that way."

Yogini Jaima: Such a great point to be. You got me there, and then ah.

Yogini Jaima: Don't feel guilty. Oh. Be proactive about your guilt, and absolutely, that's something I would strongly state. But even before that, I would say understand your guilt and get to the root of it, because quite often is that guilt yours? We have inherited many generations of guilt and from our mothers and fathers. We've picked up guilt along the way by people telling us that what we were doing wasn't good enough or we weren't doing enough. By other people's feeling of not getting enough, they started to project that onto us and that feeling of guilt onto us. So really examine, is that guilt genuinely something that you yourself feel or are you in fact just operating in a pattern of guilt in your consciousness that you've either inherited or picked up along the way? So that would be step one: understand your guilt. Number two: get proactive about it. And in this way, if it's an active thing that you're doing, that you feel guilty about it, you are in such a place of power because you have the ability to change it now.

If you don't feel that you are a good enough listener to people, then you have the opportunity to become a better listener. If you're feeling guilt because you don't spend enough time with your children or you're not present when you're with your children, you have the ability to become more present when you're with your children. And when you do that, you shift a blueprint in your consciousness and in your life and perhaps in the lives of your ancestors going way, way back to do something differently, and that has such a powerful effect not only vibrating forward, but going backwards and healing all of that previous guilt, or for lack of a better term, let's just say operating in ignorance and unawareness and saying, "No, I'm aware now, and I'm going to strive to do something different now and to bring my best foot forward and be better," and that energy will start to vibrate out forward and backward giving a lot of healing to any of those that you may have inflicted pain on in the past and create a different pattern for yourself moving forward.

Yogi Cameron: And then that level, at that level, you're not allowing yourself to feel guilty and to sort of be in that dark place of, "Oh, everybody hates me." That's something that we're creating in our own mind. If we're proactive, and we come out, and we show our best ace best put our best foot forward and really, truly with all honesty try to do something better, nobody can fault us for that. And even if they do, we're not buying into their guilt or their pain or whatever it is. Right?

Yogini Jaima: Which is such a good point because you will find that, oh, wait. I'm taking an effort to do something different and to improve myself or to be more present and to change this pattern, and there's no response because quite often those people are also in a pattern of just making you feel guilty. That's when you don't acknowledge those other people's feelings. You will never be able to make everyone happy all of the time or fulfill everyone's needs. But what you can do is become aware, change something, and do the absolute best that you can, and at that point you let it go and be fulfilled with that and let go of that guilt, because that guilt isn't serving you in the days of your life, and it certainly won't serve others energetically.

Yogi Cameron: Yeah. Don't compare yourself to anybody in this circumstance. When you're trying to do your best, it's at your level.

Yogi Cameron: Right? Of course, you can do better. We all can. But there is a place where we, it's like writing a book. If you ever wrote a book or you've written an article, you've written something, you always want it to be better. You think, you read it, a week later, you come back, you're like, "Oh, this is rubbish." There's a point where the book has to be released into the world and let it go. Right? That's the same with this feeling of guilt. Okay, I'm feeling some guilt. What do I do about it? I do something about it. Now I let it go. I'm done with it. That is serving the other person, serving yourself, serving the world, and it sets you off for success of the next time something happens, you know what to do about it. These steps that we're taking are preparing us for the next thing. It's not going to end at any point. So we're constantly preparing for the next thing. So happy practicing, and get out of your guilt really quickly. It's not serving you or anybody else. Namaste.