WHY COMMUNICATION AND THERAPY ARE NOT SOLVING YOUR LOVE ISSUES 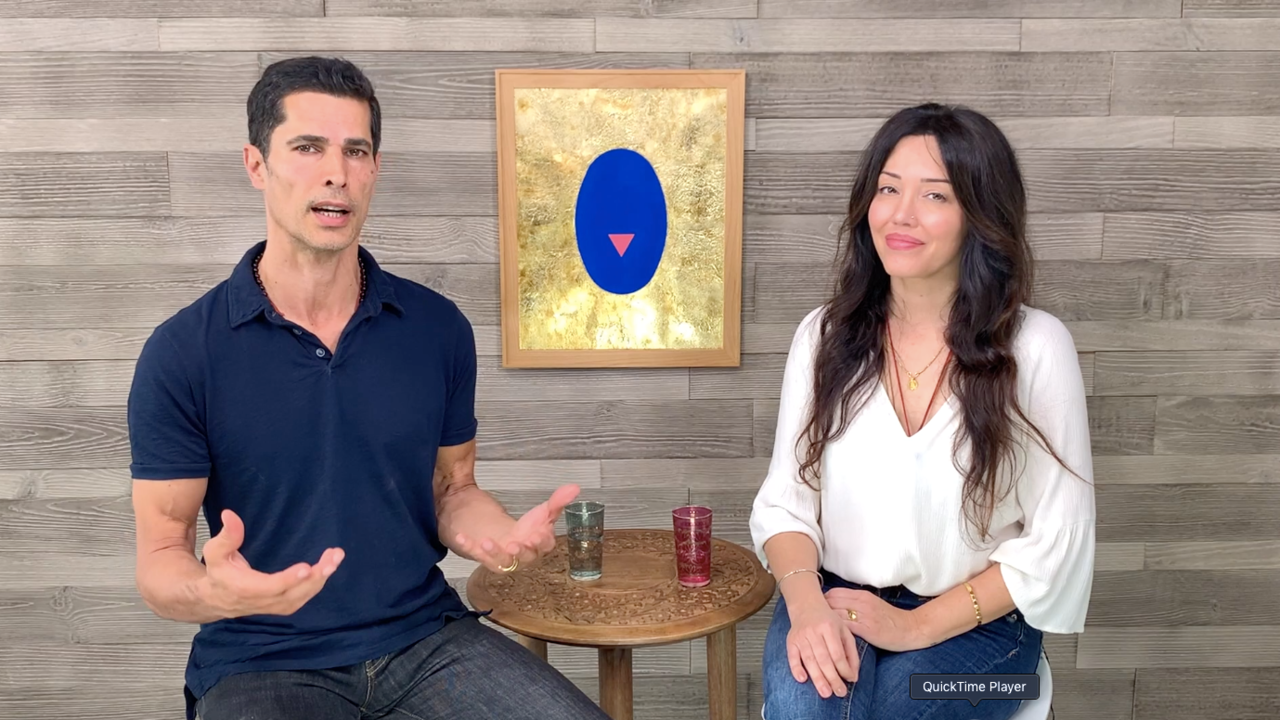 Yogi Cameron: Great question here from Lisa who says "Speaking about issues or going to therapy "seems to work for a short period of time "but then not over the years. "Why is this?" Now the main reason is because communication, like we're communicating now, is through words. I tell you some advice, I speak to you, I tell you how I feel, but that doesn't change anything. So when we go to therapy, for example, we're talking about the deep rooted things but we're sort of identifying things, right? We want to get into the root and we may identify the root but we've just, like a picture, seen it. But nothing has changed yet. It's all in what comes next in the action that takes that word and puts it into action. So that's mainly why you're feeling that way is because there's not the secondary and the third steps and the fourth steps of practices and many things that you've gotta do because if you just say to somebody "Don't eat that" and somebody's been eating that thing or smoking or doing whatever they are for 30 years, the tendency is to eat that. It's not to not eat that, right? So that's really why you're feeling this way and that's why the therapy and communication and just speaking about things especially in relationships people really put a lot of emphasis on communication and if you just talk about it, nothing's gonna change. It really takes understanding where it all comes from.

Yogini Jaima: So what is going on when we're talking? When we are talking about something, analyzing something, coming to an understanding of anything, even realizing patterns of our behavior or why we do certain things, that is all happening in the conscious aspect of mind. That's the 10% of your brain. The fact is the root, the patterns, the impressions, the root of why you do the things you do because you're doing it in the consciousness, that's just the result, but we need to get back to the root of why you do that, right? I mean that's what therapy is all about, trying to identify that root. Was it because my mother? Was it because of my father? Was it because of my ex? Was it because, where did that pattern start and how do I do it differently, right? And sometimes you can identify that pattern, right, and then you go and try and practice it differently but you do the same thing again and it's so frustrating, you know. Why? Because it's instinctive. This pattern is happening in the 90% of your brain. It's hard-wired back there, right? So here you are, it's like nine against one. It's a huge like magnetic force that's causing you to intuitively, instinctively just react a certain way. So modern therapy only deals with the conscious aspect of mind. And you can have a lot of understanding in that and you can do a lot of talking but unless you deal with the subconscious aspect and get to the root of the cause of why you're doing that and if you want to change that pattern and do something differently to have a different result, you need to access the subconscious and that's what yogi practice is for. And there are many practices to access the subconscious. You can do it by activating alpha and theta waves which is done by concentration, which is done by meditation, yoga nidra is a very powerful practice that anyone can do to access the subconscious and get those alpha and beta waves active in the brain. There's also ways by speaking the language of the subconscious mind and that language is a language of sound, vibration, form, shape, and color. So there are other ways to access it through that.

Yogi Cameron: Yeah, cause you've been recording everything that you've seen, touched, tasted, heard, felt, in your subconscious. So that always has a greater pull on you. Not just in therapy but communication in general. You are always going to go back and revert back because it's like 9 of your friends are back there going "Come back! Have another drink!" And you're like one person going "But I wanna go home." You know? So that's what you're up against. But you're not alone if you pick up some yogi practices to do and do them daily. You suddenly replace all that old impressions and that's how you start to truly communicate and more forward in relationships, with people you love, with your co-workers and all that. It takes a little effort, but the good news is it is absolutely possible.

- And that's what these vedic sciences are for. Ayurveda, and yoga and vedic astrology. It's to not just treat the symptoms and the symptoms are why you're behaving the way you are, why you act the way you do. Those are all symptoms. Or in ayurveda when we're treating the physical body, we don't treat the symptoms. We don't band-aid things. We don't just prescribe the symptoms. We have to go deeper and get to the root of it and in the same way in therapy with relationships or life therapy, we need to go into the mind and go deeper and get to the roots and you need to then create a bridge into the subconscious and that happens through yoga practice.