WHY AM I HAPPY ONE MOMENT AND 20 MIN LATER I FEEL DEPRESSED? 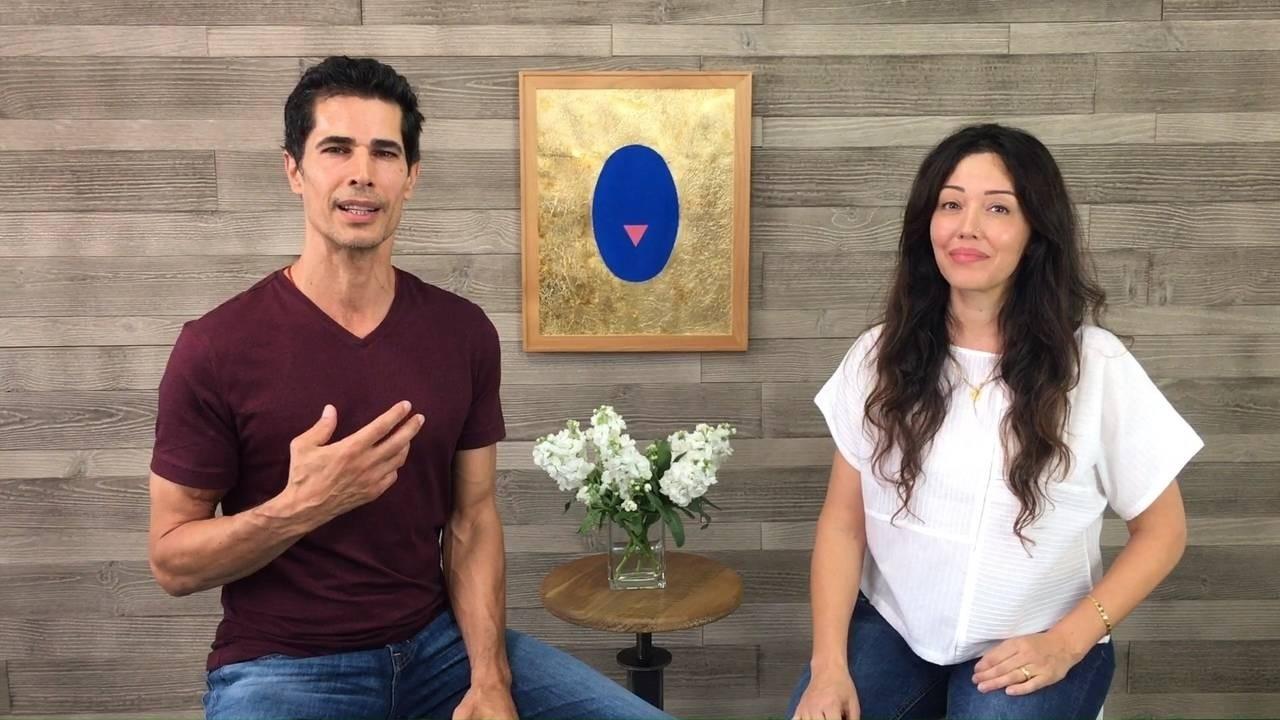 Yogi Cameron: And this is Inspire Living. Now we had a great question come in, which was, why am I happy one moment and 20 minutes later I feel down and depressed.

Yogi Cameron: Now, we get this kind of questions a lot because the mood is involved, the emotions are involved, and the senses are involved. So, you're kind of chasing those things around.

Yogi Cameron: Now, you know how it's sunny sometimes and you feel amazing and you're like, oh, it's sunny. I'm going outside. I'm going to do a lot of different things. And then it rains, it gets windy, and you feel like, no, I don't feel as well. What you're doing is giving your power and your energy and your thoughts and everything to the weather, in that circumstance.

Yogi Cameron: So, one of the solutions is, don't follow everything that's happening outwardly. Stay centered within yourself, because if you keep following everything on the outside, then what will happen is you'll say, "Oh, I feel like having a piece of cake. I feel like doing this. I feel like doing that." And then when it doesn't happen, you suddenly feel bad or you feel defeated. You know?

Yogi Cameron: So, it's always set yourself up for success by going towards the things that are more positive. The things that are lighter. Less heavy things. And then that way you'll cultivate a mind that's lighter and lighter and you won't bounce around so much between the dualistic aspect of it.

Yogini Jaima: Yeah, you're gonna be on a rollercoaster if you let outside circumstances influence your inside state of mind, your state of being. So, that's a great point, first off. And secondly, it's really to become aware of your body on an energetic level. 'Cause the fact is you are compressed energy and you'll hear me say this again an again, the body is made up of seven billion billion billion atoms containing energy. And this energy has 72,000 channels, three of which are major.

Yogini Jaima: Now, out of those three, the two opposite, the duality, the positive, the negative, the male, the female forces, exist within you. And the yogic sciences teach us that these two forces shift approximately every 60 minutes. So, you are, naturally, a shifting moving force of energy. And you've been it since the moment you took your first breath and you'll be it 'til the second you take your last breath.

Yogini Jaima: So, you are shifting from this positive to negative. That doesn't mean good or bad. They're just opposite polar energies that exist within you, okay? And then also, you have five, you have seven major energy channels, but five of which, the five elements that that ... both sides of that energy shift through within those 60 minutes.

Yogini Jaima: So, every four to 20 minutes, one of those positive or negative forces is actually moving through the earth element in the body, the water element, the fire element, the air element, the ether element. All of which have different qualities that affect the mind and affect the emotions.

Yogini Jaima: So, what do you do about all that? I made you aware of all that and you're like, whoa. Now, here's what we do. By being aware of it you don't grasp on so much to the condition that you're feeling. You kind of just become aware that this too shall pass. This shall move. If all of a sudden you're feeling really fiery and more aggressive and you're not using it in a productive way of being dynamic and taking action and it's starting to burn you out, know that within a few minutes that's going to shift into a more airy space or a more watery space, which will cool that fire and make you more adaptable and adjustable and that you can communicate better.

Yogi Cameron: So, if it's temporary, just treat it as something temporary and not something so permanent. The mistake we make is treating something very negative as permanent. Oh my god, it's here. It's gonna stay. No. It's not. And that's why we don't keep the positivity so long, because we don't keep it with the same determination.

Yogi Cameron: We really have a determination to keep the negative. We put so much emphasis on it and so much attention that it stays longer.

Yogini Jaima: I know. Imagine if we kept, had that same determination to remember and keep the positive. It would be such an epic shift in life. You know. And the ancient yogis, they knew this. They knew the impermanence of absolutely everything. So, they didn't hold on to anything in knowing that. Because the bottom line is is that 40 years from now, 20 years from now, 60 years from now, no one is going to remember that negative thing that you're feeling right now.

Yogini Jaima: Do you remember the argument that you had when you were in high school with your girlfriend or your boyfriend or whatever age you are. Just go back in time. Is it that important to you still, right now? All those moments when you felt good or you felt bad? No. They shifted. They're behind you now. They move. And in knowing that, you just had this natural, develop this natural ability to let go of it.

Yogi Cameron: Yeah. And be willing to let go of it. Sometimes we hold on to things and we sort of defend them. And we don't let go of them and then they grow into something even bigger. So, let it be. Let it pass. Let it be. Know that it's just insignificant or it seems significant in this moment, but in the next moment, it won't be if you allow it just to pass.

Yogi Cameron: Yeah. So, happy practicing. Hope that really helps you out. Namaste.