SHOULD YOU STAY WITH YOUR PARTNER WHEN YOU DON'T HAVE ANYTHING IN COMMON? 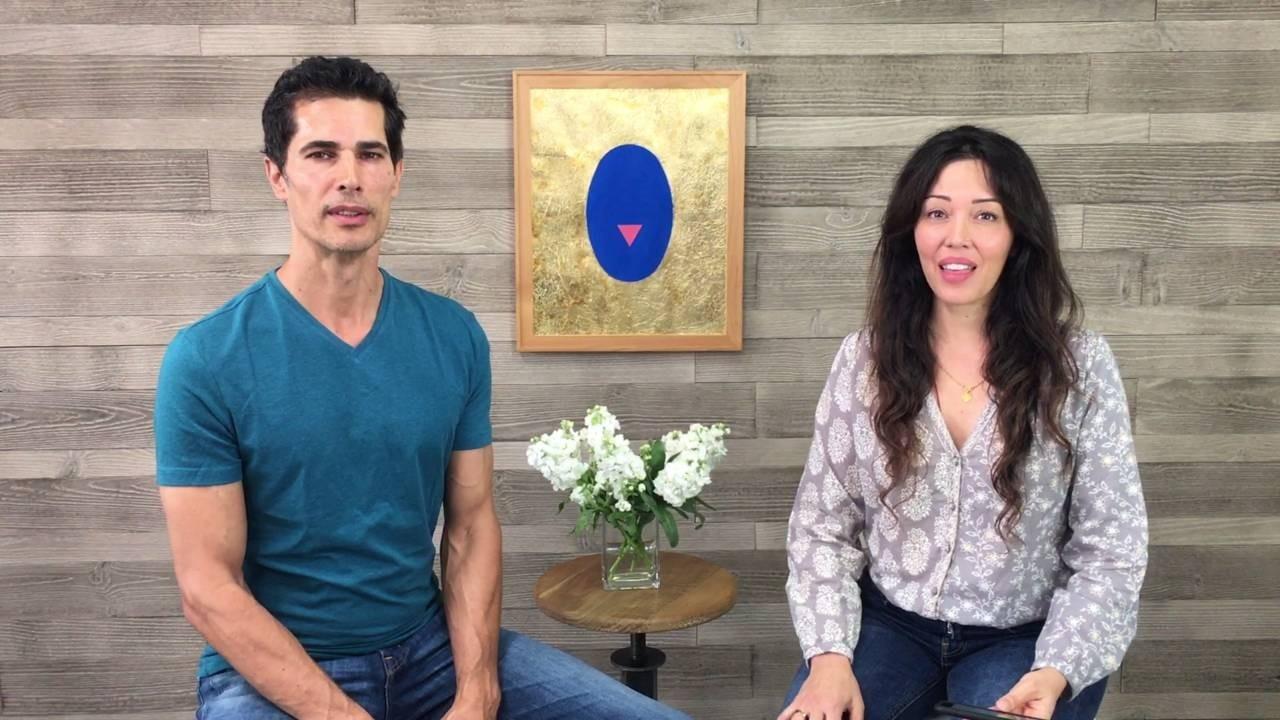 Yogini Jaima: This is Inspire Living. This is where we answer your questions that you've asked. The questions is, "I don't seem to have anything in common with my partner. Should we stay together?" That's a common question, by the way, that we get asked a lot. It's not a joking matter. It's often, actually, a lot more asked by the female, because as female, we are more emotional and we are more sensitive. Let's break down this question because it's an important one.

First, let's put aside for a moment, "Are we going to be together?" or "Should we stay together?" "Are we going to divorce?" "Are we going to break up?" Let's put all that aside. That's in the future. Let's bring ourself to the present moment because the power is in the present moment, okay? Then in the present moment, what we're going to do is we're going to shift you from working in the negative power of your mind, which is saying, "We don't have this in common. He doesn't do this for me," all of the don'ts and the negative things that the mind are thinking. We're going to do that really difficult thing and shift it to the higher power of mind, which is your positive power. I want you to focus on what you do have in common. You have something in common with this being because you came together. You were attracted. You had some sort of passionate attraction in the beginning that brought you two together.

Find those things in which you do have in common and those interests that you like and you share, and start to focus on those, really. It's difficult at first. It's an exercise because so many of us are used to operating in that negative aspect of mind. When we shift to the positive, it's a little uncomfortable at first, but it's there. We live in a dual universe, and that duality exists within our own mind and in our own consciousness at all times, all right? So empower yourself and shift to the positive power by focusing on the positive aspects in your relationship and in this being that you've chose to engage with for whatever period of time.

Then, next, we all have differences. No one is the same as us. Often when someone does something different, we think, "I don't understand that," or "We don't have that in common." We need to learn how to celebrate each other's differences because the fact is, and especially when we're in a relationship, opposites serve us because we become, like Yogi and I, this union. What my weaknesses are are his strengths, and what his weaknesses are are my strengths. Together, we are complete and we are a force. If all of my strengths were all of his strengths, we wouldn't be that same force. Do you understand that? It's really deeply appreciating and being grateful for that that your partner doesn't have in common with you, and really starting to focus on that. That's going to put you into a more positive space.

Then moving into the future, once you're operating in that, you're going to see ... I've seen so many cases where a relationship you did not think was going to work out evolved into something beautiful, or something that you thought had a chance and that it was on the right road and they decided to part ways. But you're going to do it, if you do part ways, from a place of respect and from a place of kindness. That's going to serve you and your partner better when you move into other relationships in the future, and it's also going to serve you better on a karmic level.

Yogi Cameron: Yeah. Yeah. You're in a physical relationship, mental relationship, but you're in a karmic relationship. Your spirit, their spirit, has chosen each other. Why? That's the greater question. Instead of wasting time on, "They're different," or "They don't do this and they don't do that. They don't fulfill me," and all that kind of stuff, why am I in this relationship? First, what have I got to learn? Because if I want to go after this relationship and if that's where your mind is and have a beautiful relationship and a balanced one, I can't take all the baggage of this one into the other one, baggage meaning the things that I have not learned yet. Why do people find themselves in the same relationship continuously? Different body, different face, different job or whatever it is, and then they come back after a couple of years and say, "I'm in the same relationship again." Why? Because you didn't complete a karmic cycle.

Let's say, for instance, this relationship is done. It's not done just yet. You have a lot to learn and you've got a lot to give. One of the common things is, "I'm giving so much and the other person isn't," right? Giving is not supposed to be counted. We're supposed to give. Now, the giving that we do, we are learning from this. We're learning from the other person, "Why am I in this relationship?" and I'm going to end the karmic cycle that I'm in. That means all the things that my mother, my father, my guardian, my uncle, whoever, taught me and that I'm in, I'm going to break that cycle because there's a reason why you're in this relationship. There's a reason why we're in this relationship. We are in a karmic relationship. The physical aspect, the mental aspect, all of that is great. That's what we focus on, but the karmic aspect of it is we need to grow, and spiritually we need to grow, so we keep an eye on that and we kind of make that a lot more important than everything else.

Yogini Jaima: Yeah, and you-

Yogi Cameron: So you don't see it separate.

Yogini Jaima: You really start to look at relationships as an opportunity to grow on so many different levels. That's beautiful.

Yogi Cameron: Yeah. Otherwise, you're going to be stuck in, "Nobody understands me. Why am I having these" ... and it's always going to be heavy, heavy, heavy. We want to make this-

Yogini Jaima: It's a cycle.

Yogini Jaima: It's a vicious cycle once you start that thinking.

Yogi Cameron: Yeah. Start getting light. Start seeing how you can serve in the world and why you're in your relationship. Spend your energy on that, and suddenly you'll be doing all the work that you need to be doing. Even if the other person isn't doing it, it doesn't matter. Point is that you're doing the work and then you'll fulfill and end that karmic cycle.

Yogi Cameron: Get to it. It's liberating. Have fun with it. Don't get down on yourself. We'll see you soon. Namaste.