OM - THE FIRST SOUND OF THE UNIVERSE 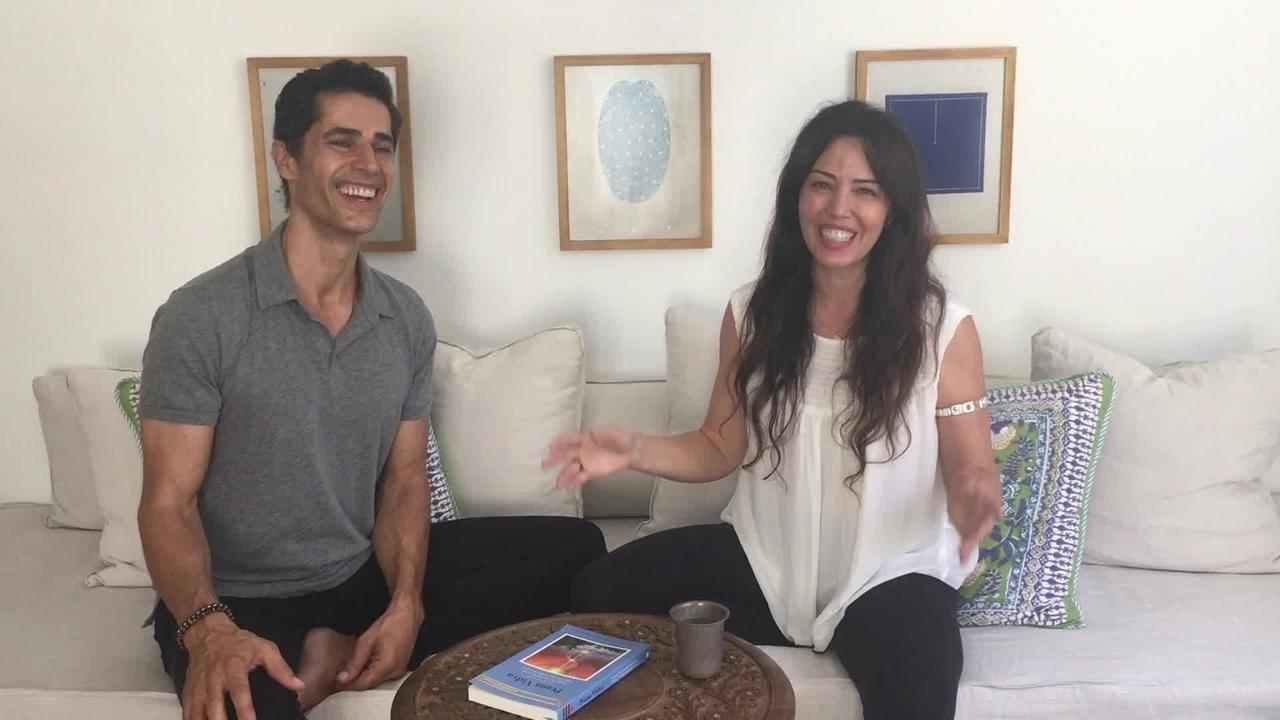 Yogi Cameron: Welcome to Inspire Living. We're going to discuss the big, big thing in yoga, Om. Om is the first primordial sound. That's why it's so important. And it encompasses all mantras that are within Om. So that first sound, say the universe is made of sound and light, and that first sound we say in yoga was Om. That's why we give it so much importance in yoga.

Yogini Jaima: So let's talk about the science of Om and why it is such a powerful mantra. When we start to work with mantra, it's called, it's the science of Nada Yoga, which is sound yoga. When we deal with sound, we're dealing with sound waves. And those sound waves will affect our mind and our entire body. So now let's talk about Om. When you chant Om, it produces an alpha wave within the brain. So what is an alpha wave? An alpha wave is balancing. It's a state of calm. It's the state when we're doing ... Before we get into deep meditation, it's the prelude to that, right.

Part two, Om produces three different sound waves in the conscious, subconscious, and unconscious mind. And this has been read through modern science with modern medical equipment. With EEGs we can read the brainwaves, and when you chant, "Om," you can hear this kind of three syllables there. That first, "Ah," is a standing wave that is seen in the conscious mind. Okay, when you go into, "Om," it goes into the subconscious mind, and it is a reverberating wave, right. So it's going out this way.

When it goes, "Mm," it goes into the unconscious mind, and it is an oscillating wave. And it starts to permeate the entire infrastructure of the mind. That's the power of Om. So it's funny, because a lot of people ask for a mantra. They want powerful mantras, and really, Om is the most powerful mantra of them all. And the sound from which all of the other mantras came from.

Yogi Cameron: There's so many mantras, thousands of them, and each do various different things, or they call upon a certain energy. But within Om, you have all the energy you need. And if you just do it, and repeat it, and do it daily, the trick is to keep doing it.

Yogini Jaima: That's key, is that regularity. And that's mastering that. It has to do with regularity and continuously producing those reoccurring waves within the brain. And you can reset your brainwave patterns. If you want to get over bad habits, if you want to let go of negative patterns of thinking, of how you react, and how you respond to situations, chant Om.

Yogi Cameron: It during the day.

Yogini Jaima: Yeah, do it while you're sitting in traffic. Do it when you're taking a break from work. Just constantly chant Om internally within the mind.

Yogi Cameron: Yeah. Like so many students say, "But give me something more complicated, something bigger." And I say, "Well, the power of the universe is within Om. There isn't anything bigger."

Yogini Jaima: What more could there be?

Yogi Cameron: So I hope that really helps you out. But really, it's all in the practice, not in the theory. So get practicing, enjoy Om, and then start to tell us all about it.

Yogini Jaima: What your experiences are.

Yogi Cameron: Yeah, what your experiences are because you won't be the same person if you keep chanting Om. Namaste.

Yogi Cameron: Have a beautiful practice.