HOW TO BE THE ENERGY YOU WANT TO ATTRACT 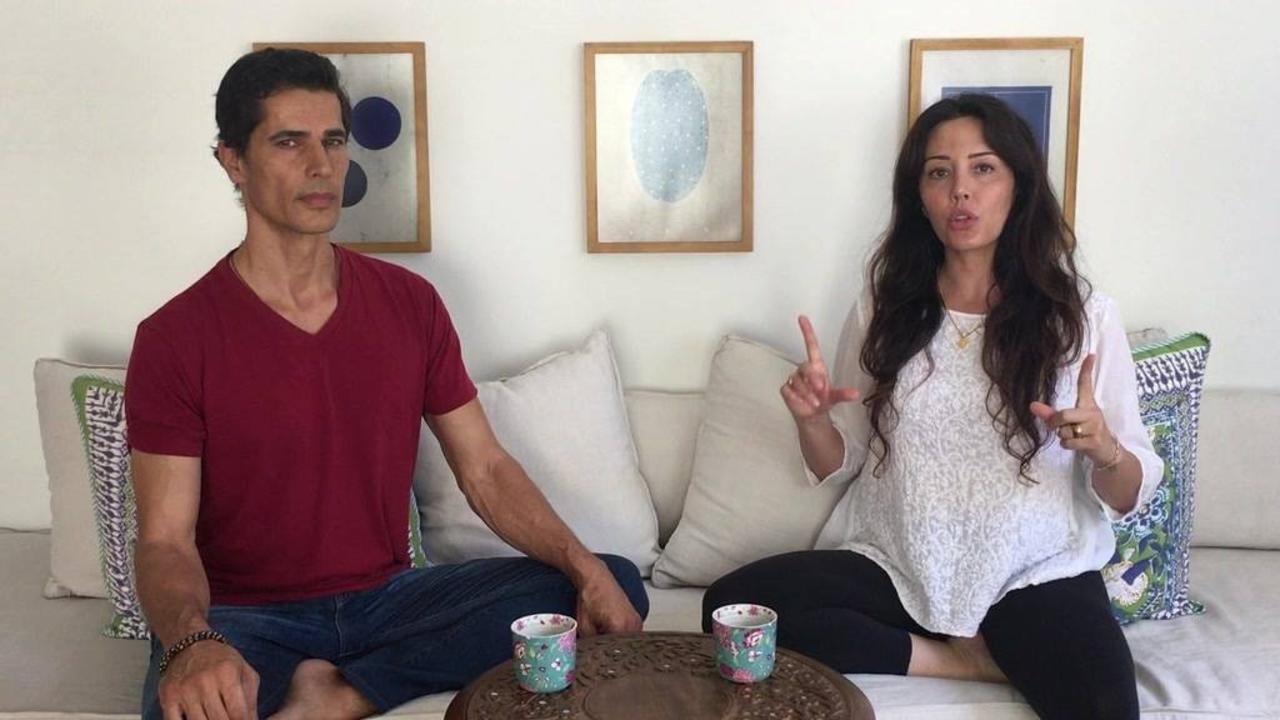 Yogini Jaima: I'm Yogini Jaima. This is Inspire Living. We are going to talk about how to be the energy that you want to attract.

Yogi Cameron: You've got to become it before you get it. Let's say we're talking about success, success in whatever, relationship, in your work, in something, being a better parent, whatever it is. How do you do that? You first got to create that energy and then that energy emanates out of you and it brings all the other energy which is alike. Like energy attracts like energy. We can't just sit around and say, "I'm going to do that." That doesn't really change anything. What changes something is when you start practicing ... Let's say you want to be better at business. I can relate to this because I'm a yogi. Yogis are not great business people. I can tell you that right now.

Yogini Jaima: You are so good.

Yogi Cameron: When it comes to money and all those things we're like, "Oh yeah, whatever, sure, no problem." I love to teach. I love to communicate. I love to do that stuff. I've had to learn that over the years is no, I am a businessman. I am a yogi. I am this. I am that. I am those things. Then I've had to train and then learn and then ask people and go to people who are business people and learn from them. Then I suddenly realized, "Oh, I need to become that." I got it intellectually with everything else. When I went on the yogi path, I trained to become a yogi. I got it. To train to become an Ayurvedic practitioner, I got those things, but business somehow didn't click in my head. I was more like, "Sure, I'll get it. I'll make some money and this is all going to be great." Then I was going to be broke. Then I was like, "Whoa, something's going to change here, because that's not cool."

Yogini Jaima: I'm listening to you and I'm like, "Yeah, he was San kalping." San kalpa is a yogi practice where we set a focused intention in our mind and we turn it into a sentence or a mantra. Yogi was just saying, he would say every day, "I'm a businessman. I'm a businessman." It was quite uncomfortable and unfamiliar to him to be saying, "I'm a businessman," but it started to cultivate that energy within him, because we have to look at ourself as a body of energy. We're compressed energy. This body's made up of seven billion billion billion atoms containing energy, all compressed in here. We are body and we are mind, both. Mind, every thought that we have is a high frequency energy vibration that goes out into the universe to realizes itself the moment that you think it. Every time we think, we create.

Yogini Jaima: The yogis have two different practices. We can approach how to become what it is that you want to attract in two different ways, mentally and physically. Yogi was first saying that he was using a San kalpa, a focused intention. Make a statement for whatever it is that you're wanting to attract, and start saying, "I am that. I am that." It's totally going to feel uncomfortable in the beginning and silly, but keep doing it and keep doing it. That's one part. That's using the energy of mind to start to animate and send out that message of, "I am this. I am this. I am this." Secondly, take the physical action of what that is. Yogi said that he started to study books. He started to meet with other people of like energy, with business men and women, and start to churn that energy externally. The energy started to awaken in his physical body. It started to awaken in his physical environment by communing with like energy. Meanwhile, he continued using that power of mind by stating the intention of what he wanted to attract, and voila.

Yogini Jaima: The reason why I smiled when you started this whole thing is I think you're such a great businessman. He is. He's so good at it, but yeah, you have come a long way. That's the power of how we can actually start to be that which we want to attract.

Yogi Cameron: It's got to start with you. This is why you have so much power. I didn't realize at that moment I had the power to become. What I thought was, "Oh, I'm waiting for something to come." I was always waiting for somebody to come, but I had to first make the statement, "I am. It's in me. It's coming out." I have to train. The training is really important. The reading is important. The speaking is important, because it keeps educating you and it keeps building that foundation for you to grow on, because at some point you need a foundation to be able to make your moves on, but that building takes some time.

Yogi Cameron: Whatever it is you want to do, you want to be a musician, great actor, you want to be an architect, a painter, whatever it is, a nurse, doctor, there's a certain amount of training that goes into it, but you've got to believe what you are. You can't just say, "Yeah, yeah, I'm that." No. The power behind your words needs to stick and then you'll really have enthusiasm for what you do, which a lot of the work is in the enthusiasm that you have for that thing that you want to do. Keep training. Keep educating yourself and say, "I am this," and then take the steps that you need to.