CAN YOU BE POSITIVE ALL THE TIME 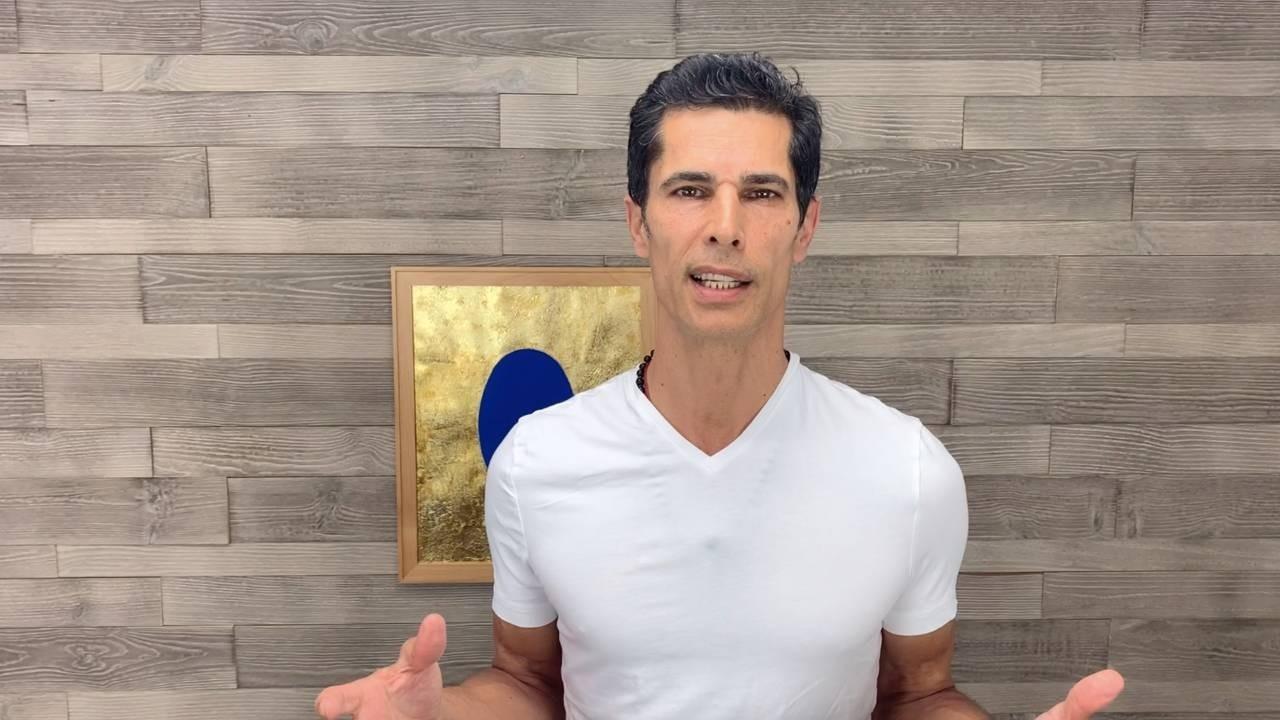 Yogi Cameron: Hi you guys, this is Yogi Cameron, and this is Inspire Living. Now, being positive all the time is a choice, all right. It does amazing things for the brain. When you are positive, especially in negative times where somebody's being negative, something negative is happening, or something is happening that you just don't want to happen, you get in a car, you get an Uber, and the guy is rude, he's going too fast, things are not going your way because you want to be in control. That's the time to be positive.

It's super easy to be peaceful and positive, let's say, in the morning when you get up, and you grab your coffee, you're reading the paper, or you do your practice, easy, right? Everybody can stay positive in those moments. It's the moments that we don't want to be positive in, we kind of take it as our right to be annoyed and angry and pissed off at the world kind of thing.

So, at those moments, we want to change the mind, we want to remind ourselves, this is the time for positivity, because when we go from that action of changing from negative to positive, it's just like a light bulb goes off, it's like giving super amounts of energy to the body. Because in the body we have what we call tamasic energy coming from the mind, which is inertia, it's that you're chilling out, but you're chilling out way too much. And then you have the rajas in the mind, the rajas is that action that takes place.

And then, sattva is that balance in the mind. Now, it's very hard to stay in balance, we're usually going from positive to negative, negative to positive when we're doing this yo-yo thing, but staying in the positive, it's kind of like an art. We have to keep practicing, because the world is pretty negative, things are pretty heavy, lots of pollution, lots of arguments, lots of conflict, the news is negative, there's lots of drama on TV, there's super-exciting sports. So, we go from positive/negative, positive/negative, and we kind of do this all day long.

So, you get home, you're exhausted. But staying in the positive means you're not always up and going crazy with excitement, or yes, I'm super positive, but on the inside, you're not feeling positive, it's not about that either. It's about being positive, seeing the positivity in everything, and sometimes we don't. I saw an accident yesterday on the freeway, what can I find that's positive in that? I can't, I can't see anything positive, but I do know, I go to my mind and I say, there's a reason for everything.

I don't like what I saw, I don't like that it happened, but there is something happening in the universe to support that, and that needed to happen. Now I'm going to a positive place because I want to see those people being well, and everything happens for a reason in my mind. So, going from negativity to positivity will super-boost you, it will give you so much energy, it will really help you out.

It will just change everything, the complexion of your skin will change just from that, you won't get as many gray hairs from that, because it's not just pretending either, I'm not telling you to pretend, I'm saying to you, really, truly see the positive aspect in everything because there is something positive.

So, for instance, think back on something that, at the beginning, you thought was very negative, something somebody said to you, you were like, wow, they're so negative, but over time, you looked at it, and it unveiled to you the truth of it, and then, you realize, ah, I'm so thankful that they told me that. My defenses were up at the beginning, and I didn't see it, it might have taken me a day, a week, or a month, or a year, five years, and then, I saw the truth. So, something started negative, not because it was negative, because you saw it as negative. So, we have to change our perception in things.

When somebody says something to us, we don't automatically take offense, we see what's the truth within it. When something happens around us, what's the truth within it? This is being positive, this is holding positive affirmations for it, and understanding that, within the universe, there is a structure going on, and there is a plan that's going on that you and I are not privy to, it's just happening and we're gonna have to accept it. So, that's what I'm talking about when I'm saying, be positive. I'm not just saying walk around pretending to be positive, that's not gonna do anything for anybody, but knowing, within the structure that I live, within the earth that I live, the ecosystem that I live, the world that I live, I have my place, but there is a system in place, that I am within it with everybody else, and all beings and living creatures. But within it, I can always see the positive side of all things, and this is very uplifting.

This helps you not to break down yourselves, not to get stressed, not to get depression, not to fall in that heavy place, so it's really up to you, you have the key to this, and it's one of the simplest things to do, but you're up against the mind that attaches itself to negativity. And it's way easier to say, oh, that guy, he's an idiot, than to say, okay, I've got to see the positive side, although, I don't like what I hear, or, although, I don't like what I see. So, this is a practice, this is something that you can do, but you've got to be very vigilant about it, be aware, so it's really an awareness practice as well.

So, happy practicing, really go for it, and be positive in all aspects. I'm there with you, and it's not easy, I catch myself all the time because I'm a critical thinker, I want to break things down, and look at them, and dissect them, and see what is it, is it real? So, I'm there with you, I have to think about it and say, hey, sometimes, hey, it's not my business.

I want to see the positive side of that person no matter what they're doing, because it's their karma to get on with it, and I'm not here to judge them. So, we're in this together, it's a big practice to do, but staying positive is key to good health, good thinking, and it's a big stress reliever, so I hope you're gonna practice.